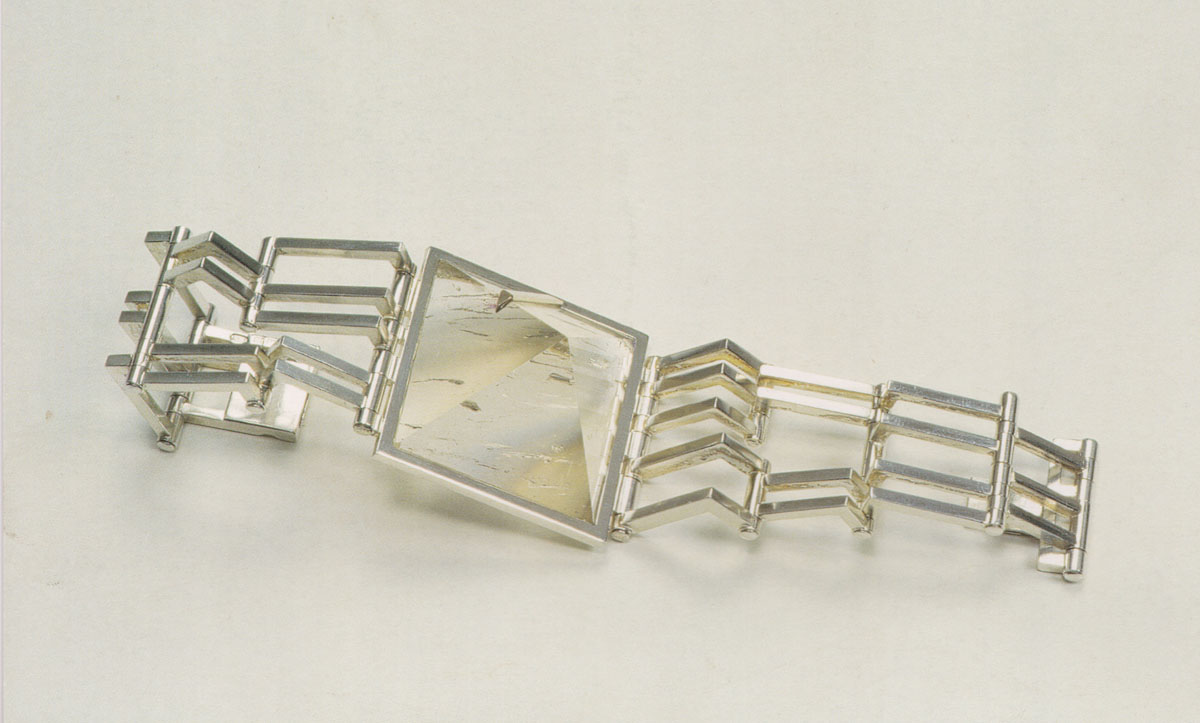 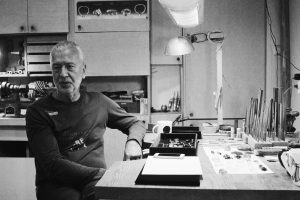 MĀRIS AUNIŅŠ – graduate of the Metal Design Department at the Estonian Academy of Arts. The designer explores the Bauhaus school trend in architecture and design – constructivism, minimalism, simple shapes and clarity. He is one of the few jewellery designers in Latvia polishing the gemstones himself (aquamarine, topaz, quartz, rock crystal and other). Māris Auniņš father was a silversmith even before World War II, so Māris had a great opportunity to observe and acquire the secret skills of a jeweller already as a child. Later he studied at the Riga School of Arts and Crafts and graduated the Metal Design Department at the Estonian Academy of Arts. Silver is Māris favourite metal, gold is used only for accents. His works feature natural stones from all over the world – Pakistan, Brazil, Afghanistan, Russia. Firstly, the artist studies the stones thoroughly and then cuts and polishes them. The polished surfaces of the stones reflect the light creating a little bit cosmic effect. “Until I get the desired result, there is a lot of dust, chippings and mess. That’s the way how these stones are born – each of them is unique, I wouldn’t be able to cut another one the same way. Sometimes when I start polishing the stone I have no idea what will come out of it at the end.” The jewellery artist is like a sculptor – he cuts off something but also adds something, turning the stones into glass mountains and shining translucent palaces. From all the stones the variations of quartz crystals are Māris favourites. The designer loves the dusky appearance of quartz as well as the sea colour tints of aquamarine. “Unexpected patterns that appear in the polishing process are great – that’s the essence of the nature.” Maris Auniņš jewellery stands out with its linear and simple shapes and sophisticated modesty. It makes you think about architecture – straight lines, geometric shapes, perspectives. “This time is my time but who knows, maybe after 500 years my works will be regarded ethnographic?” says Auniņš. 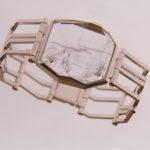 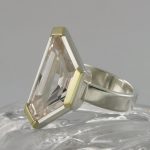 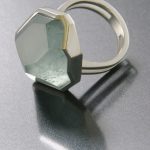 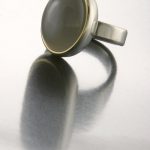 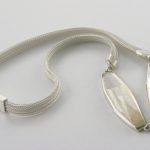 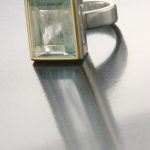 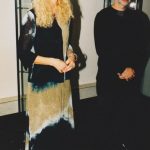 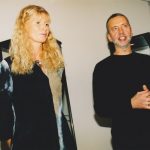 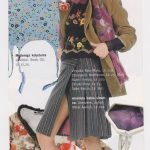 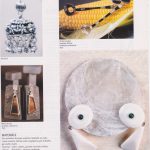 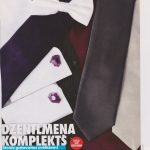