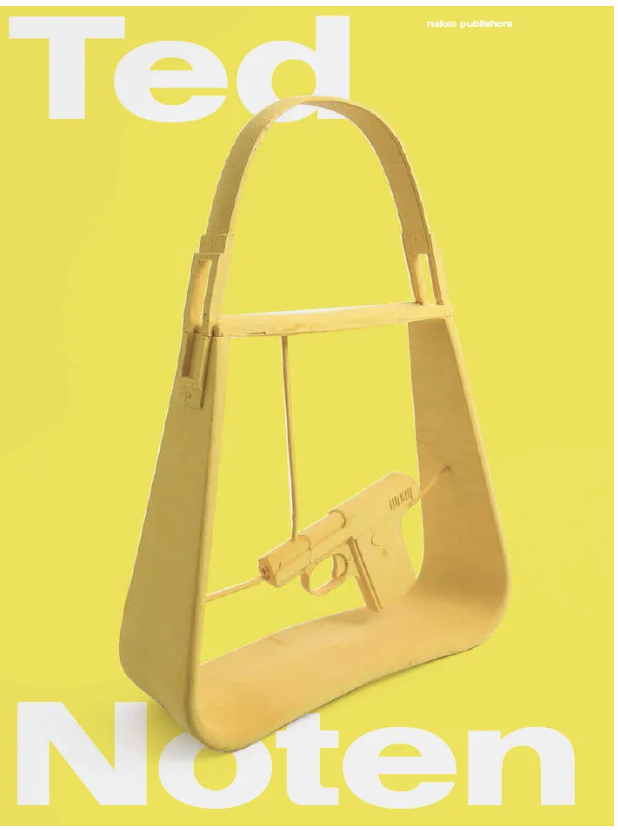 Ted Noten is one of today’s most original, radical designers. His transparent acrylic bags – containing objects ranging from animals, jewels and cocaine to pistols – have seduced collectors, confused the establishment, inspired fellow artists and challenged students all over the world. Beauty and violence, perfection and decay: these are themes that have never been absent from his oeuvre since he made his famous pendant featuring a mouse wearing a pearl necklace.

In his projects, Noten demonstrates a mastery of both the commercial arena and the art scene. He blends the idiom of the streets with the strict marching order of the catwalk, combining them in a way that simultaneously highlights the appeal and exposes the hypocrisy of museums, the world of fashion and bourgeois morality.

The book illustrates the pitiless precision of each separate design. At the same time it documents the immense playing field in which Noten operates. Through the eye of photographer Johannes Schwartz it provides intimate glimpses of his studio. And it follows him to international museums and gloomy villas, symposia and ateliers, leading newspapers and video clips, academies and brothels.